On Monday afternoon, I saw the inside of the William S. Conant house (7865 Van Dyke Place) with A____. The house absolutely needed the work that the $7,500 price tag implied. However, the original fireplace, trim, and pocket doors were all intact and unpainted. 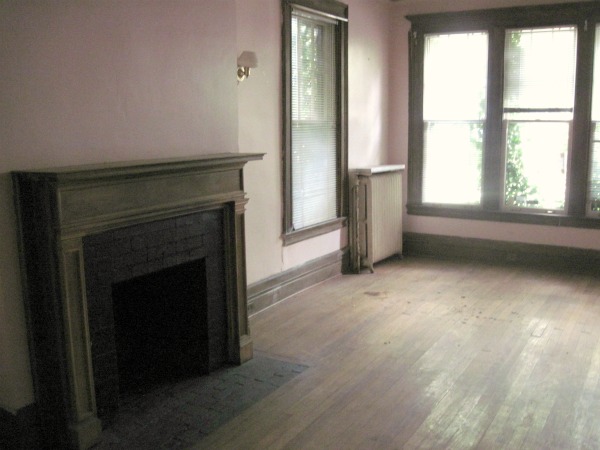 Most distressing to me was the way the floorboards buckled from excess moisture. A____ said that they would pretty much have to be pulled up and nailed back down again--but I wonder if a circular saw could be run between each pair of buckled lengths of wood to relieve the stress and be nailed back down--but that's probably kind of a ghetto way to do the repair. The floors did slope a little, but a casual inspection of the basement didn't reveal any serious damage.

The house is MASSIVE--at least by my standards, 2,526 square feet is massive. What I liked the most about it was the servant's quarters on the third floor. I could finish that up first and live there while spending the next 20 years restoring the first two floors. An accompanying friend particularly liked the stairs leading up to the third floor. 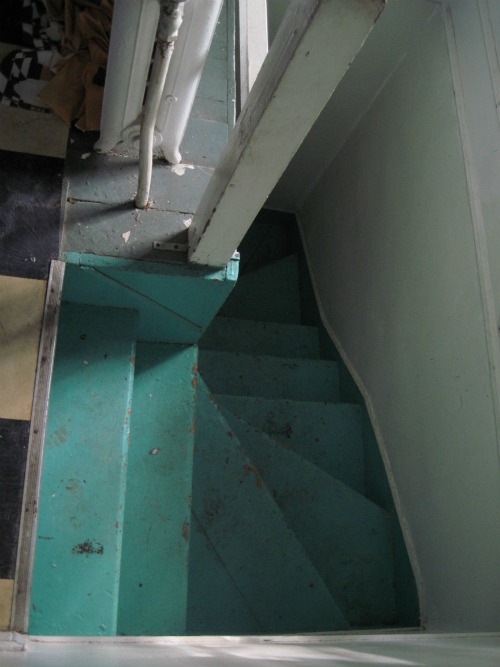 The servant's quarters had pretty decent windows looking down onto Van Dyke Place. 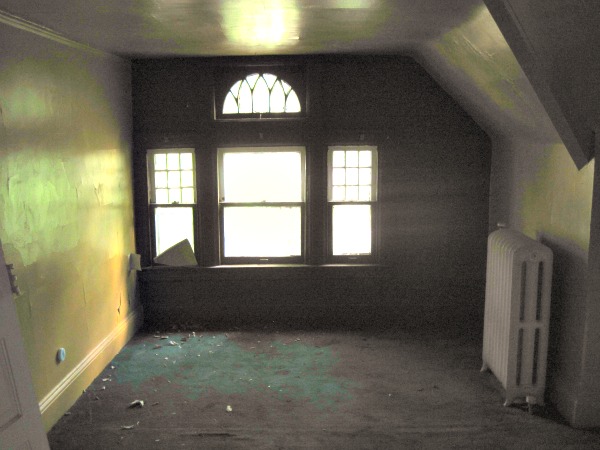 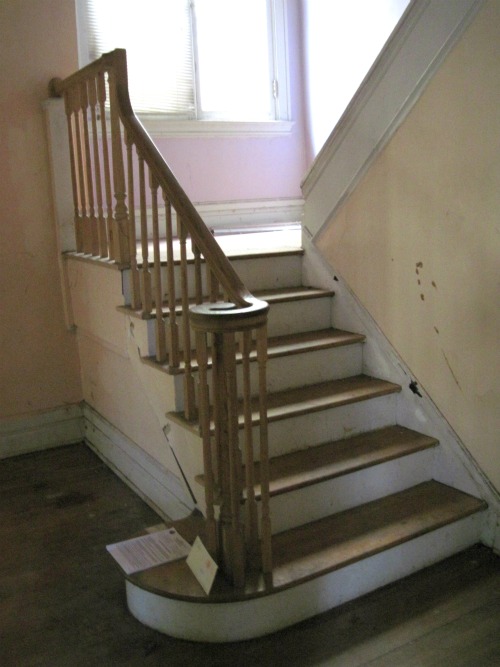 I ignorantly thought that the protrusion at the rear of the house was a modern addition, but A____ said that it was original. He said that a lot of people make the same assumption and tear them off of old houses. The lower level was a utility porch, and the upper level would have been the sleeping porch. A missing piece of aluminum siding confirmed A____'s guess that it had originally been sided with beadboard. 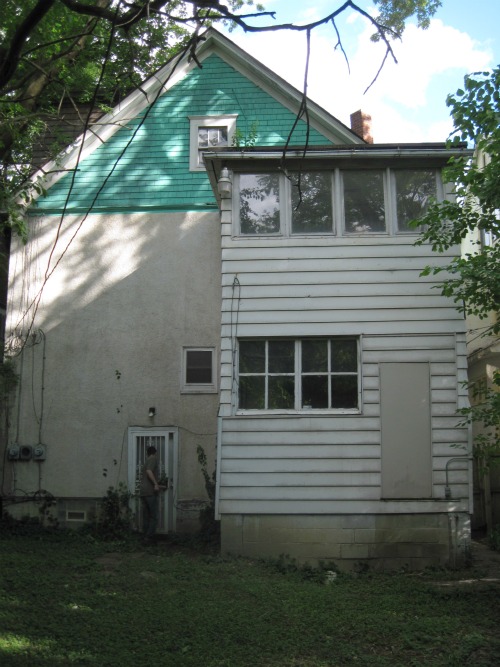 An inspection of the yard revealed that the sewer line had been replaced with PVC, so at least that's several thousand dollars that the next owner will not have to spend. I also like the decorative corbels on the exterior. 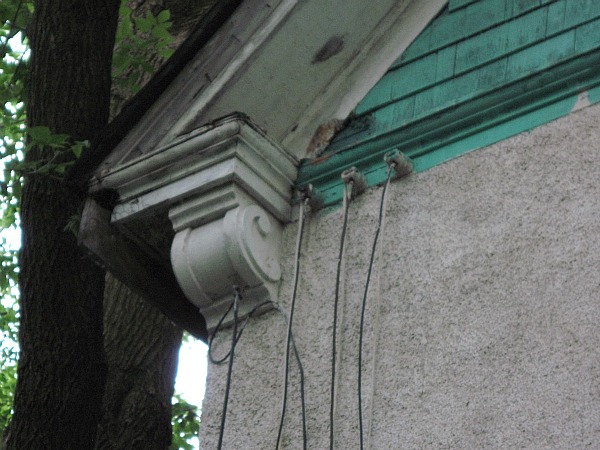 I always said my next project would be smaller than Bagley--this house is one thousand square feet larger than that. The listing agent didn't call me back, and A____ forwarded me an email from a realtor who can't get a hold of him either. At that price, there will probably be a bidding war for the property. It's a cool house, but not "THE" house.

A nice cottage on A____'s street is for sale for cheap, but he told me that his block is "the worst one in West Village"--maybe that's not the right one for me either. I remain on the lookout for my next project.
Collapse