I saw The Wizard of Oz on a big screen for the first time today. I took my mom to a matinee showing at the old Redford Theatre--there couldn't have been a more perfect venue. That audience LOVES movies. The experience was absolutely everything I hoped it would be. I'm telling right you without any irony or humor that it was magical.

I'm always surprised how many new details I discover when I see a movie I know on a large screen for the first time. I don't think I ever noticed that Professor Marvel accidentally keeps Dorothy's photo of herself and Aunt Em; Scarecrow blows leaves off of Tin Man's shoulders when he and Dorothy first discover him; and there is a long strand of hair growing out of the Witch's chin. I even noticed something new musically--that the "Somewhere Over the Rainbow" theme plays as a counterpoint to what Dorothy and one of her beauticians sing at the Wash & Brush Up Co. in Emerald City. Reviewing the DVD, it seems so obvious now that I feel silly for not noticing it before.

This movie overwhelms me with emotions that don't even have names, beginning right with the other-worldly Db-Ab-Bb-E-Db-G played by the orchestra when the film commences. Experiencing it at the Redford Theatre is in serious competetion for best moment of 2012 against visiting a vegan donut shop in New York and watching a small orchestra play Zelda and the Unibrows music at WSU. I had moments today where I was consciously aware of feeling lucky to be alive. 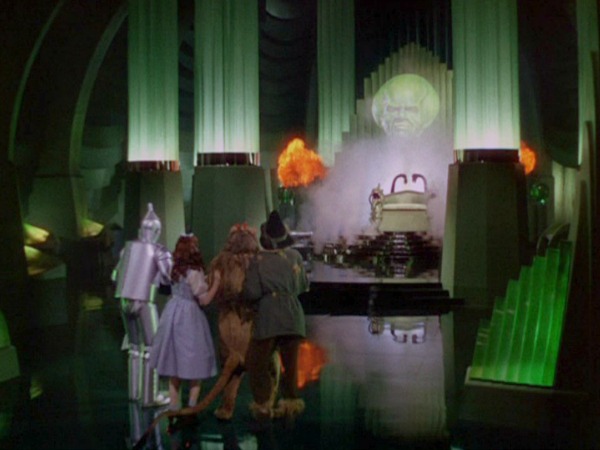 I am excited to see a prequel to The Wizard of Oz coming out next spring entitled Oz the Great and Powerful. Because it's being made by Disney, who did an astonishingly good job with Return to Oz, I have to trust that it will be well done. But if you believe in God, please pray for me that it won't be ruined by excessive CGI.

Later in the evening I met Kelly at a vegan social thing by Veg Michigan at a Mexican restaurant in Birmingham. It ended up not being very social when only place where we could sit was at a small, uncomfortable bar facing a wall away from everybody else. We didn't even know who in the restaurant was part of the group anyway. This was totally made up for after dinner when we ate vegan soft-serve ice cream from a place two doors down. I predictably ate way more than I should have.
Collapse