Few things make you question your masculinity like trying to maneuver an extension ladder by yourself for the first time. Scott generously loaned me his ladder today so that I could finish painting all of the trim on the north side of the house that my regular ladder can't reach. 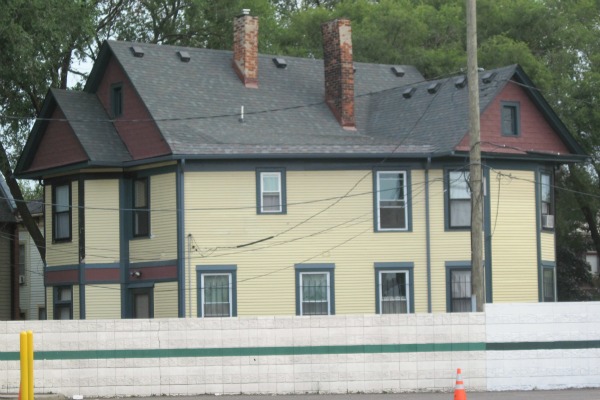 The house looks gigantic from this angle.

I haven't done the front of the house because the master bedroom and the AirBnB room are on that side, and even with as much noise as I normally make, I won't want to bang around a ladder immediately outside of someone's bedroom window.

I put up a Craiglist ad for my apartment on Sunday and got a lot of calls about it. I made six appointments, but one of those people flaked. By Tuesday afternoon I received two good applications, gave them to Tom, and took the ad down. The person who he liked more was supposed to meet at his house for an interview today, but she flaked. By the time he called the second person, they had already signed a lease elsewhere. Therefore I've put the ad back up. If you know someone who isn't afraid of North Corktown and is looking for a place five minutes away from Midtown, direct them here: