I finally threw a housewarming party on Saturday, which was literally the first party I have hosted in years. Annie D. helped me out a lot with the planning, and I think the party was a success. I listed everyone who I remember showing up, and if you include Kati's and Stacey's kids, in all 42 guests made an appearance. I don't know how that happened! I didn't even think I knew that many people!

Instead of making food, I decided to have the party catered by Byblos on Palmer. There was more than enough moujadra, falafel, hummus, baba ganoush, tabouli, and grape leaves to feed everyone. If serving strictly vegan food makes me seem like a killjoy, I tried to make up for it by also providing alcohol to dull the pain of being denied cheese and meat. Kelly, Stacey, and Beth also generously brought vegan desserts.

Some people even brought housewarming gifts. Scott gave me a copy of W. Hawkins Ferry's The Buildings of Detroit, and Mary gave me a copy of Drawing Detroit. Hannah gave me an "air plant" (I think it was called) that lives in a glass globe and has to be soaked in water once every other week to keep on living. Her mother brought me a candle. Melanie, Aaron and Emma gave me a handsome pair of coffee mugs and two bags of coffee.

I'm glad certain people finally got to meet one another, like Scott and Allan, the two individuals who I can frequently talk to about old houses and local history; and Beth and Stacey, two vegan women who are big Joss Whedon fans.

Hannah was nice enough to photograph the party for me: 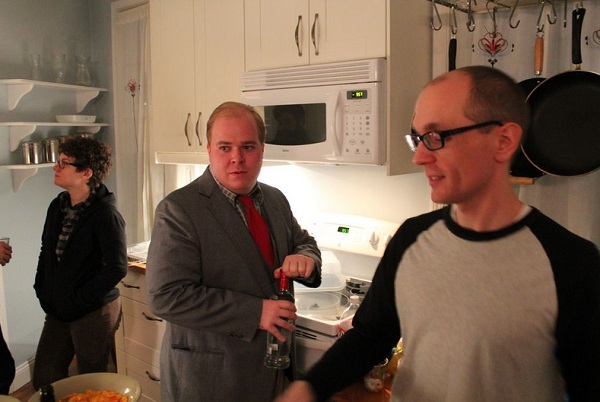 Rochelle, Biggs, and me, with what appears to be an image of Jesus miraculously appearing in my microwa--wait, no, it's just Jeff's reflection. 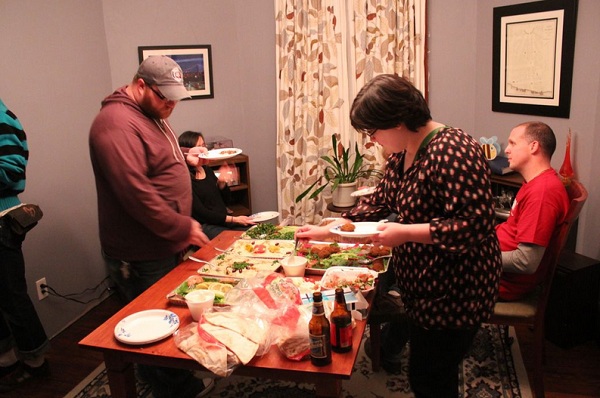 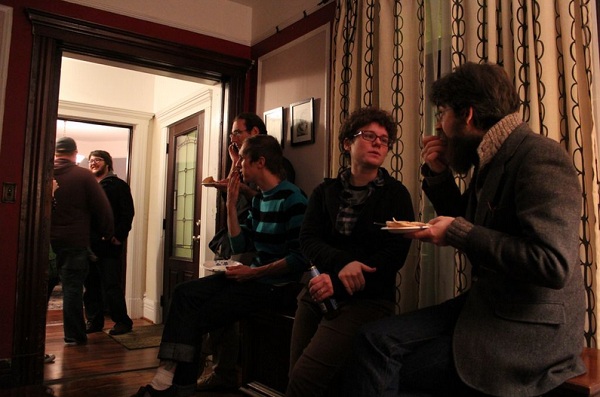 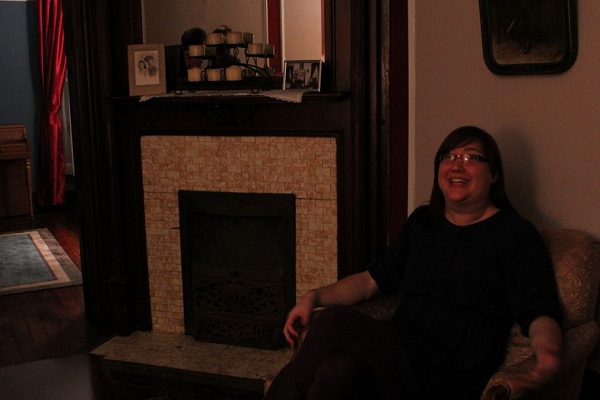 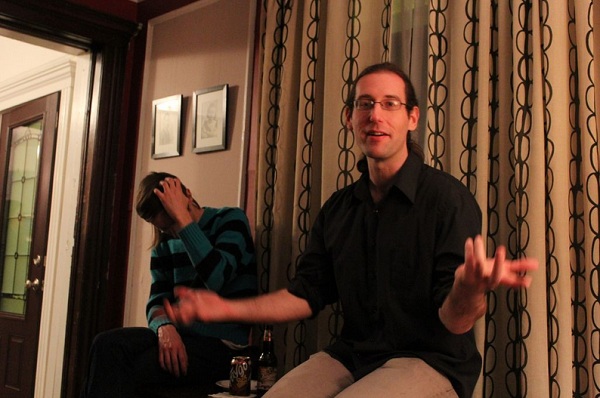 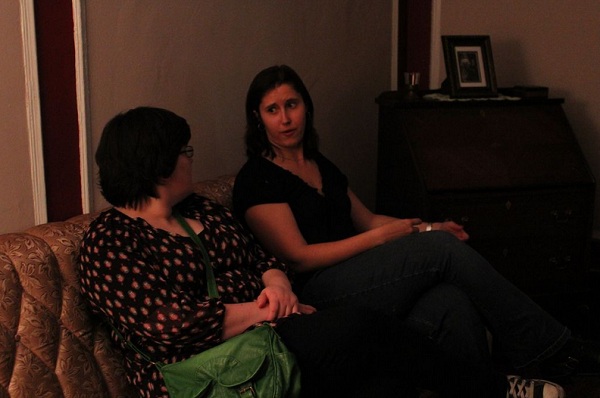 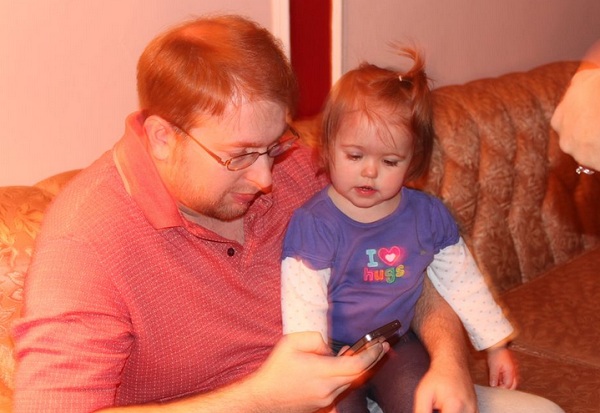 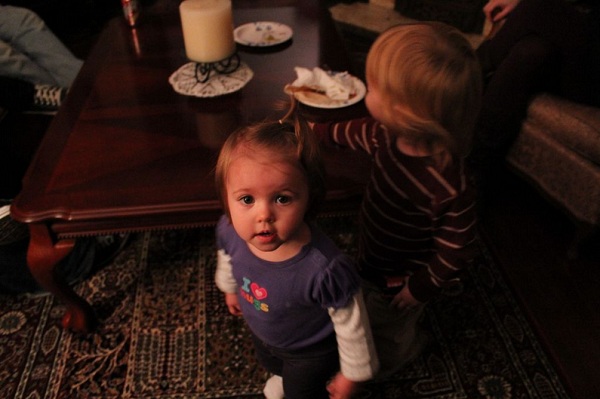 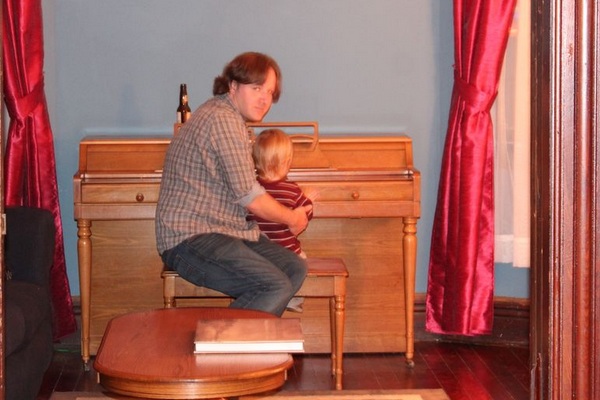 The Other Vegan Paul Who Likes Philip Glass, with Holden 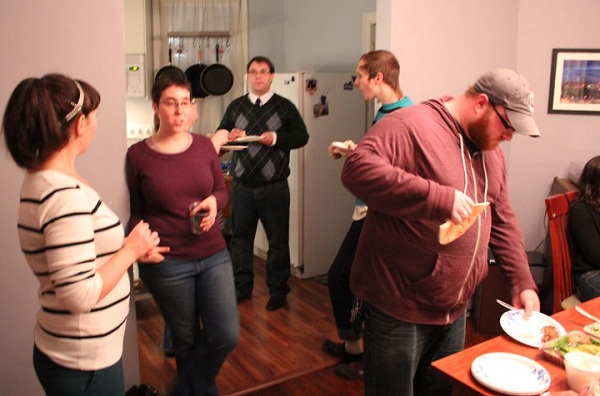 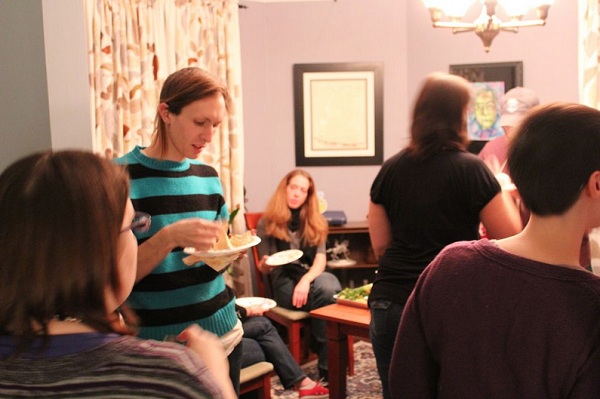 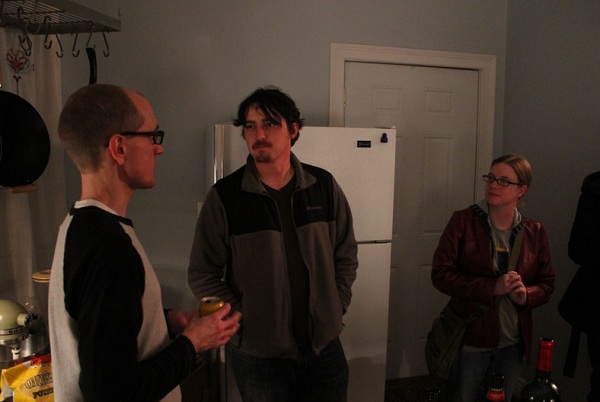 This is Ryan, who I have not seen since we graduated high school fourteen years ago, and his wife. Allan, Karl, & Lisa H. The mugs Melanie brought are on the shelf above Lisa.


Joe, Biggs, and Annie D stayed the latest--until at least 4am, but I don't remember exactly, especially with the end of daylight saving time messing things up. Before they left, Joe asked me, "Are you rejoining society only to see if you can do it, and then walk away from it again at some point?" I told him I don't think so. Isolation isn't as tranquil as you imagine it to be, and human nature simply requires companionship. It's as simple as that.
Collapse