My friends in Ferndale had to stand in a pretty ridiculous line to vote yesterday, but I was fortunate enough to vote in less than ten minutes in Detroit. The city may be a little dysfunctional--near my polling place, I had to park my car where a soiled toilet had been left on the curb--but at least voting seems to run fairly efficiently. One of the poll workers was a woman who lives on Vermont Street who would always say hi to Lola and knew her name. She would say, "Lola's looking for Boo-boo the cat! Ha ha ha!" Anny and I were in the weird situation of knowing her cat's name but not hers, while she knew Lola's name but not ours. She asked why she doesn't see us walking by there anymore, and I told her about moving and everything else.

This is the most dispassionate I've felt about any Federal election that I can remember. I think this has to do with the uncanny parallels to the 2004 election, except reversed. In both elections, Bush/Obama has been called the worst president in history, and just a hair's breadth away from turning this country into a Fascist/Communist dictatorship. Kerry/Romney didn't exactly excite his supporters, but he was their hope for saving the country. The supporters of Bush/Obama derided Kerry/Romney as an out-of-touch elitist from Massachusetts who flip-flopped on the issues, while his supporters were frustrated by his move to the center in an attempt to gain support. Supporters of Bush/Obama, meanwhile, just sort of ignored his signing into law of the Patriot Act/NDAA, the continued operation of the Guantanamo Bay detention camp, huge government spending, etc. Kerry/Romney failed to win the election, and his supporters braced themselves for The End of Democracy As We Know It. 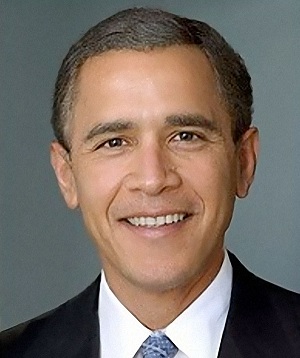 Being on both sides of parallel situations has helped me not get all worked up about it this time around, but I'm not apolitically enlightened all of a sudden. Bush and Obama are a lot alike, but I still think the invasion of Iraq makes Bush a war criminal, and I still support Obamacare.

I'm not sure what to make of the defeat of all six statewide ballot proposals. Voters were liberal enough to reject numbers 1, 5 and 6; and yet conservative enough to also reject 2, 3, and 4. Money wasn't necessarily a deciding factor, since Proposal 6 had an extremely well-funded proponent while Proposal 2 had disproportionately well-funded opponents. All I can think is that the prevailing opinion is "hands off our state constitution", even though the state constitution is what provides the opportunity to amend it with exactly these kinds of ballot proposals. The people who philosophically oppose amending the state constitution are going to have to remove the ability to amend it by...amending it. That's fine, I guess, but where were you people back in 2004?
Collapse