The permit to build 1477-79 (originally 395-97) Virginia Park Avenue was issued on October 26, 1917. The two-family home has a frame structure with a brick veneer exterior. A frame garage covered in stucco was built at the rear of the property at the same time, but it has since been demolished. The 1918 city directory lists both units as vacant, and the 1919 edition indicates that Edward A. Atlas lived in the upstairs unit, no. 395. In 1920, the directory lists Louis H. Rosenthal as the occupant of the lower unit, no. 397 Virginia Park Avenue. 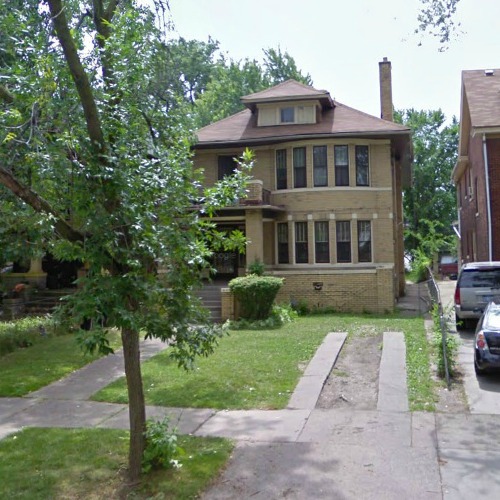 Rosenthal was born May 21, 1891 in Petoskey, Michigan. His father, Samuel Rosenthal, was a Jewish Pole from Suwałki, Poland. He originally settled in Alpena but moved to Petoskey around 1878 (source). Louis' mother, Sophia (Blumrosen) Rosenthal, was his father's second wife and also a native of Suwałki. The family moved to Detroit by 1910.

On June 15, 1915, Louis H. Rosenthal married Lillian Friedberg. Lillian was born June 29, 1896 to Jacob and Mollie (Israel) Friedberg. They immigrated to the United States in 1886, having lived in parts of Belarus and Lithuania that were part of Russia at the time (source). The family originally settled in Ohio but came to Detroit in 1897. Jacob Friedberg and his son Morris established a jewelry business called Friedberg & Son in 1906. The elder Friedberg retired in 1914, after which the business was simply known as "Friedberg's". Louis Rosenthal began working for Friedberg's around the time of his marriage to Lillian or soon after. He later became a co-proprietor, eventually becoming president of the company in 1931. 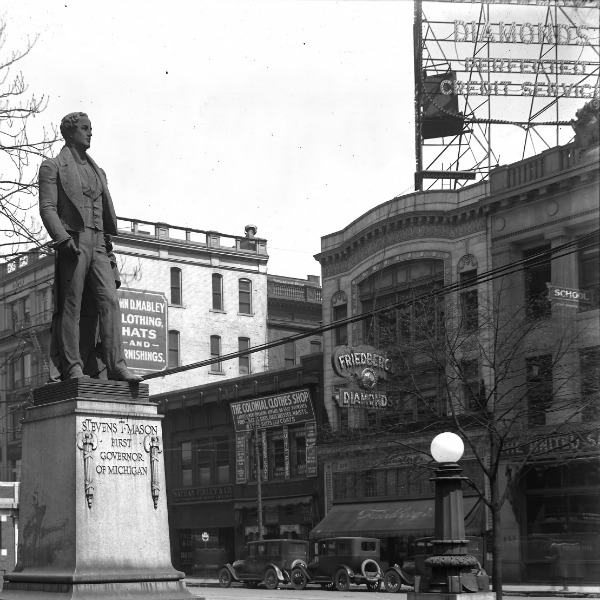 The store was designed by the architectural firm of Rogers, Bonnah & Chaffee. James S. Rogers, formerly of Rogers & MacFarlane, worked with Bonnah and Chaffee until his death in 1919. Harrie W. Bonnah and Audley B. Chaffee went on to design the Farwell Building and Cadillac Tower.

Louis and Lillian Rosenthal lived at 1479 Virginia Park Avenue until around 1936, after which it was inhabited by funeral director Ira Kaufman. The Rosenthals had two children, Bernard (born 1917) and Marjorie (born 1923, probably in this house). Louis retired from Friedberg's in 1956. He passed away ten years later, followed by his wife in 1972.

I was unable to find an old photo of the house, but I did find one of the entrance to the street taken in 1913, before the house was even built.