- The most notable event of the month was indisputably seeing Einstein on the Beach, Philip Glass and Robert Wilson's five-hour abstract no-plot minimalist opera. My ticket was a birthday gift from Joe and Matt. I unknowingly shooshed Robert Wilson, but he deserved it.

- A fan of the history blog gave me a copy of Frontier Metropolis, a beautiful and expensive book of maps and paintings of Detroit made before the era of photographs.

- I became friends with Kara.

sweet_bread for the first time after four years of LiveJournal friendship. She and her husband were hosting a vegan potluck brunch, an idea I keep on meaning to steal. I must not have effed up too badly since I've been invited to subsequent parties.

insectqueen for the first time after a little less than four years of LJ friendship.

- I fixed up the blue-and-orange room and built a suitable attic access panel at Bumble Bee House.

lizbaillie in Queens, NY. It was a weekend filled with my favorite things--old houses and unrestrained vegan food binging. 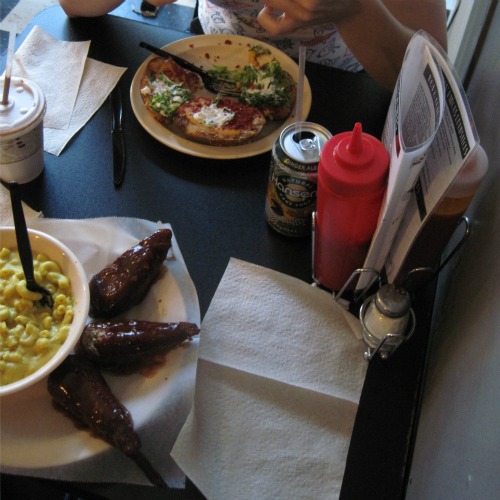 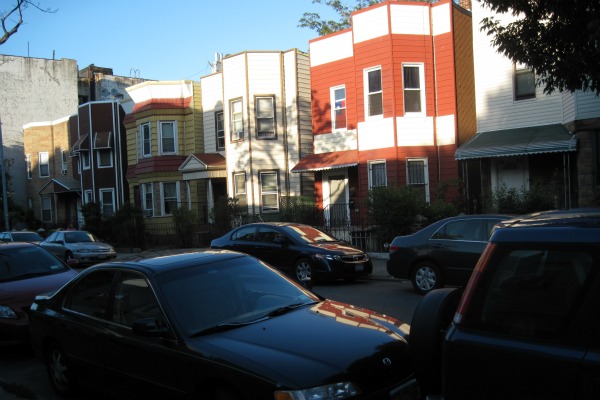 It was this and donuts for a day and a half and it was awesome.

- A young lady named Laura bought me the first alcoholic drink of my life--half a shot of redberry vodka in orange juice. She's married now.

- I became friends with Annie D. and Jen H.

- The Bumble Bee House was on the Corktown Historical Homes Tour, thanks to Joe's and Matt's consent. Bob and my mom helped me out with landscaping and other preparations. 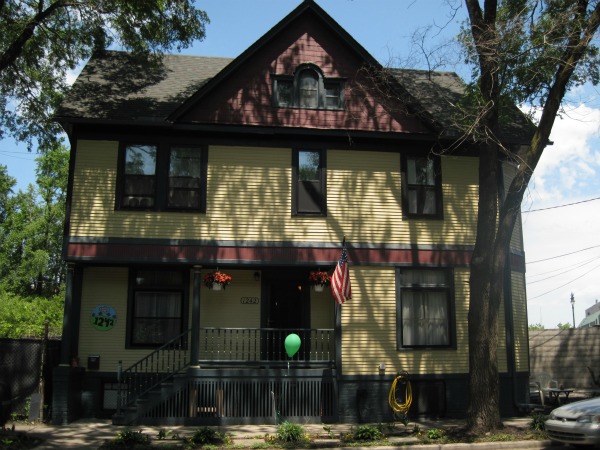 - Indervir Singh arranged and conducted two pieces by Zelda and the Unibrows ("Pluffart" by Joe and "Recordare" by me), the live performance of which was Skypecasted to Amsterdam. 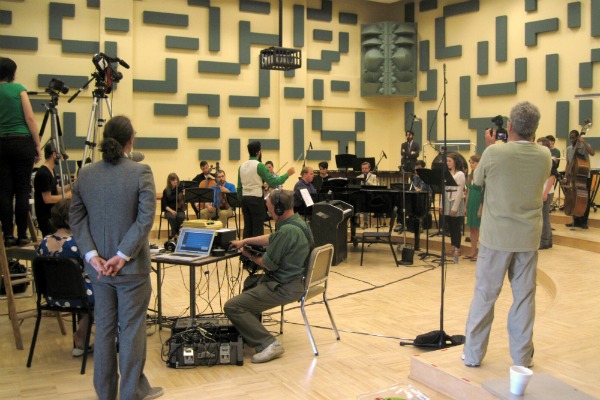 - I saw The Wizard of Oz at the historic Redford Theater with my mom. It was the only time I have ever seen it on a big screen, and it was unbelievable.

- I finished painting the alley side of the Bumble Bee House.

- Zelda and the Unibrows released the EP Blissful Cessation. 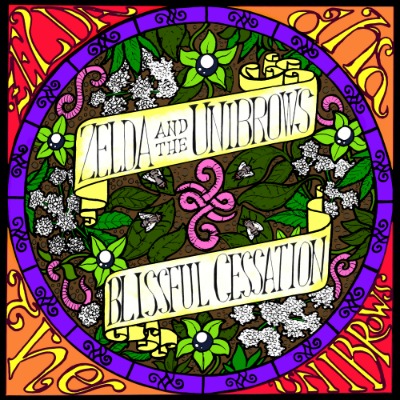 - I left the apartment in NoCo and moved at last into the Bumble Bee House.

- My grandfather Xavier John Bonkowski passed away on the 10th of the month at the age of 90.

- My dad and his girlfriend Bonnie visited Michigan.

- I repainted my kitchen. It's blue now.

- I hosted a housewarming party. I was a little overwhelmed by the attendance, which technically made it a success despite my nervousness.

- The old house on Wabash, having been re-keyed by the bank a few months earlier, was put up for sale.

- I took a mini-road trip to Fort Wayne, Indiana.

- I met a young man enthusiastic--and crazy!--enough to buy the house on Wabash and restore it. I mean that in an endearing way, and I'm optimistic that he is the kind of person that the house needs.
Collapse